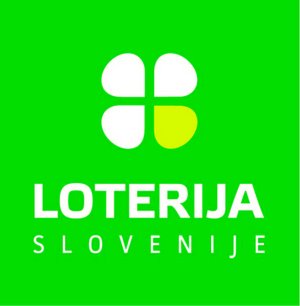 The Lottery of Slovenia is the largest organizer of classic games of chance in Slovenia, of which the most famous and popular is Lotto game. Winnings are paid immediately and in a single amount.

The Lottery of Slovenia

Try your luck at the Supernova Nova Gorica with Lottery of Slovenia.

Winnings of up to and including € 299.99 are tax-free, and those with a value of € 300 or more are taxed with the 15% and the amount is received by the winner's municipality of residence in accordance with the Classic Gambling Tax Act. Profits do not need to be declared in the personal income tax return. The Lottery of Slovenia pays taxable winnings exclusively to a transaction account, while the highest possible payment of non-taxed linked winnings in cash is 420 €. All withdrawals of prizes are possible at the main cashier of the Lottery of Slovenia.

Loterija Slovenije has been organizing its own and foreign popular games of chance for many years. Lotto is the most popular classic game of chance in Slovenia, where you can win thousands of euros for just 60 cents, and there are 22 types of game winnings. In this game, you must predict seven numbers, from 1 to 39, that will be drawn. In addition to playing Lotto, you can participate in Lotko and Lotto plus games. Srečka lottery ticket has the longest tradition among Loterija Slovenije games, as it has been available since 1971.

Do you speak english?
We have discovered your browser language settings are in English.
How do you want to proceed?
To English Version